The library’s future hangs in the balance after mayoral committee member for community services and health Patricia van der Ross, in December, proposed ending the leases of a number of City libraries, including the Plumstead library.

The library’s staff will be redeployed and resources reallocated to other libraries, according to the proposal.

Situated in Yudelman’s Lane, the library’s lease comes to an end in March next year, but there has been resistance from those who use the library.

ANC community activist Wesley Seale, of Plumstead, said pickets were planned for the end of February or early March.

“There’s no library in Fairways, so our residents are forced to use the libraries in surrounding areas. In any event, because libraries are so important to all, and especially to previously disadvantaged communities, no library should be closed,” Mr Jegels said.

Mr Seale said the ANC was fine with closing the library as long as it was relocated to one of three “accessible” council properties in Plumstead: Dalegarth Road, directly opposite the train station; South Road; or Waterbury Road.

However, Sean Taylor, whose salon operates across from the library is unfazed over whether it stays or goes.

He describes himself as a bookworm but said he would rather get his books in Rondebosch because the Plumstead library was unreliable and frequently closed and the senior librarian was rude.

Asked about planned protests against the library’s closure, Mr Taylor said: “For people to suddenly panic because the City is shutting the library, where have those people been in the last 10 years?”

The librarian told the Bulletin she was not in a position to comment and referred queries to the City.

Maria Ridley, who has owned a clothing shop next to the library for 15 years, said the women who worked for her used to visit the library.

“It’s not really going to affect me,” she said. “They (the City) can’t afford it anymore. The rent is too high.”

Khalid Sayed, the ANC’s spokesman on education in the provincial legislature, is among those calling for the library to remain and has vowed to join the pickets. He said the City received funding from national government and shouldn’t be allowed to just close libraries.

“It’s deeply concerning. Historically, the library is a dedicated space to cultivate thinking and reading. Surely if you have the money for other things, you have money for the library?” he said.

Responding to the accusations made against the librarian, Ms Van der Ross said the City took all complaints seriously.

She said the library was only open on alternate Saturdays due to a staff shortage. “This has been widely advertised in the community and the library’s Facebook pages.” 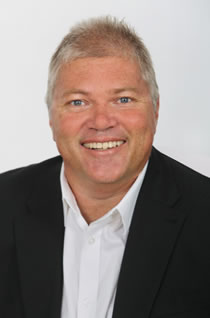